Skip to content
The Colosseum  (Colosseo) is one of the most famous landmark of Rome, Italy. It was originally called Flavian Amphitheather and the largest ever built in the Roman Empire which can seat 50,000 spectators. It was commisioned in AD 72 by Emperor Vespasian and  completed by his son, Titus, in  80 AD.

The Colosseum was originally used for gladiatorial shows ( deadly combats), wild animal fights and other gatherings for public viewing.

“Roman gladiators were usually slaves, prisoners of war or condemned criminals. Most were men, but there were a few female gladiators. These combats were attended by the poor, the rich, and frequently the emperor himself. As gladiators fought, vicious cries and curses were heard from the audience around the Roman Colosseum. One contest after another was staged in the course of a single day. Should the ground become too soaked with blood, it was covered over with a fresh layer of sand and the performance went on. The gladiatorial games continued until Christianity progressively put an end to those parts of them which included the death of humans.”

Let me show you some areas of the ruins:

Interior of the Colosseum:


The arena measures 83 meters by 48 meters. The underground consisted of a two-level network of tunnels and cages beneath the arena where gladiators and animals were held before contests began. 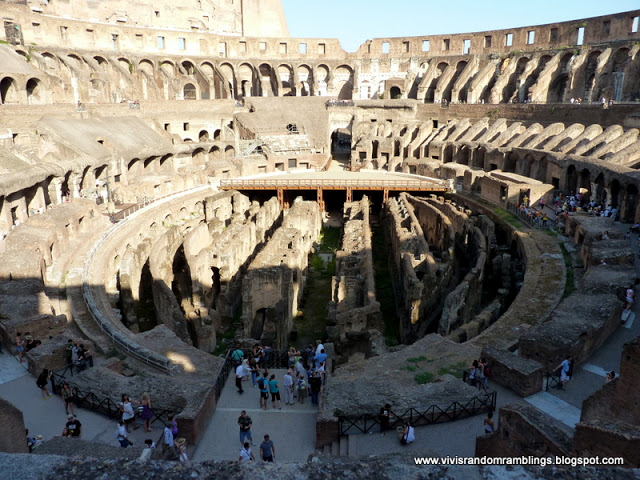 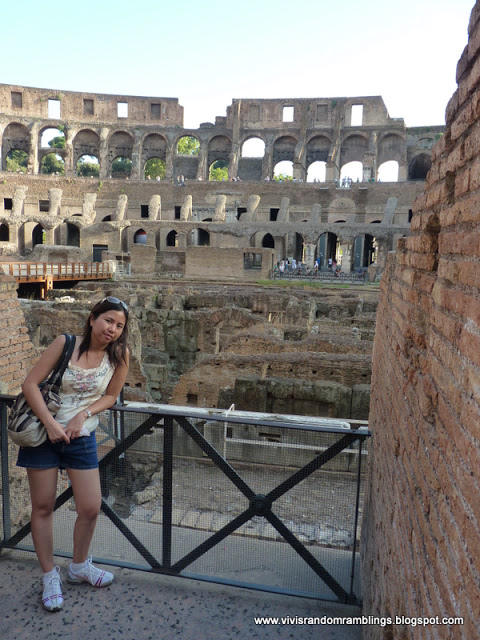 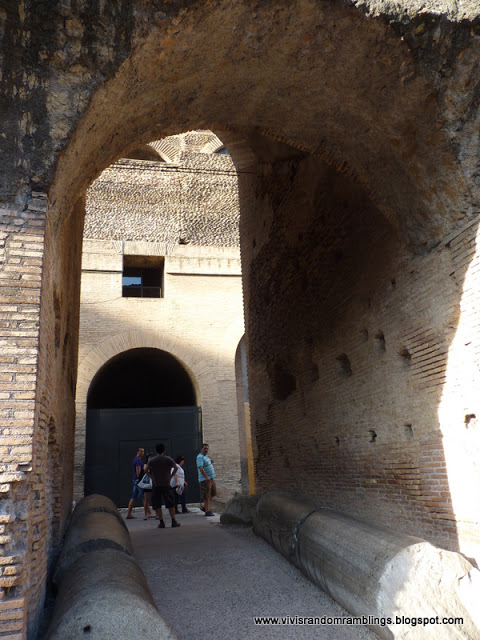 Our tour guide lecturing about the history of the Colosseum. 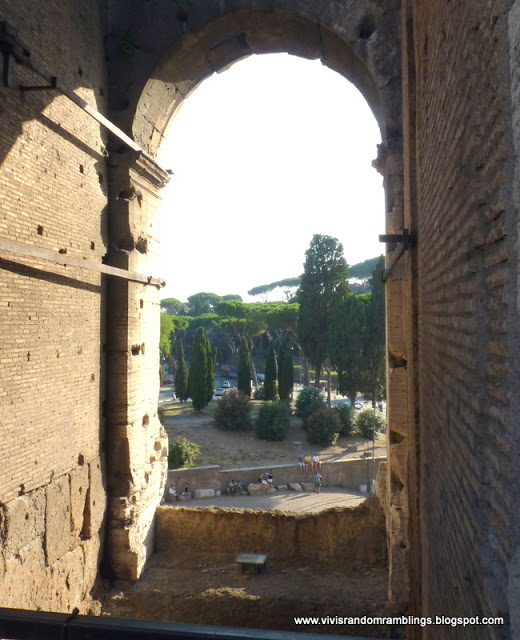 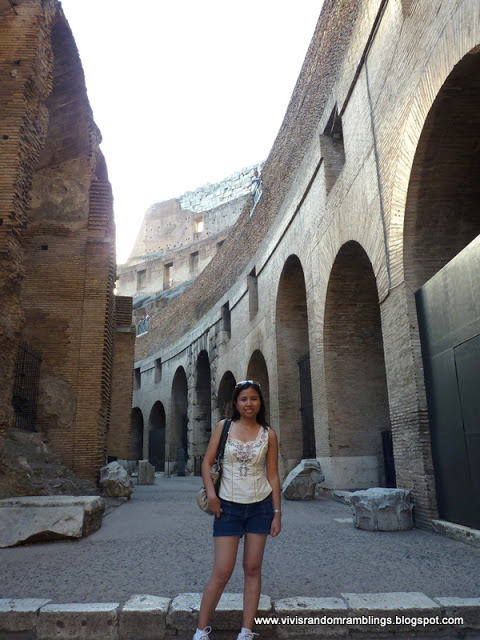 The exterior of the Colosseum:


The outer wall is estimated to have required over 100,000 cubic meters (131,000 cu yd) of travertine stone which were set without mortar held together by 300 tons of iron clamps. 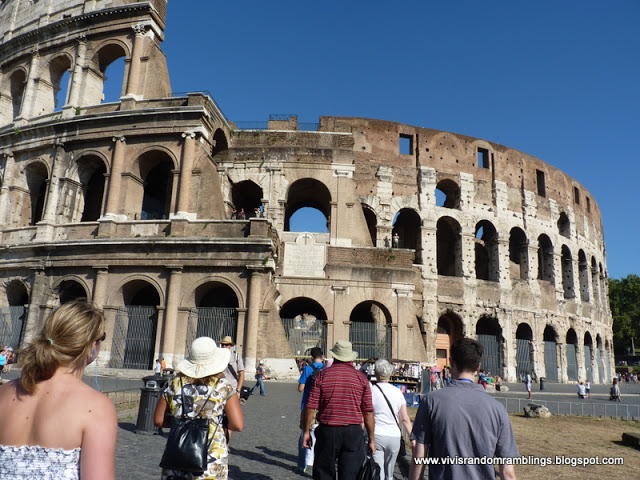 the entrance from the side 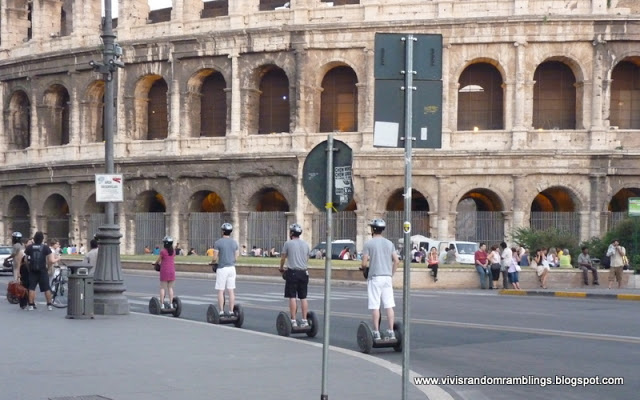 the Colosseum from the main road (train station)

Just outside the Colosseum is the famous and well photographed Arch of Constantine (Arco di Costantino), a 25m high monument built in AD315 to mark the victory of Constantine over Maxentius at Pons Milvius. 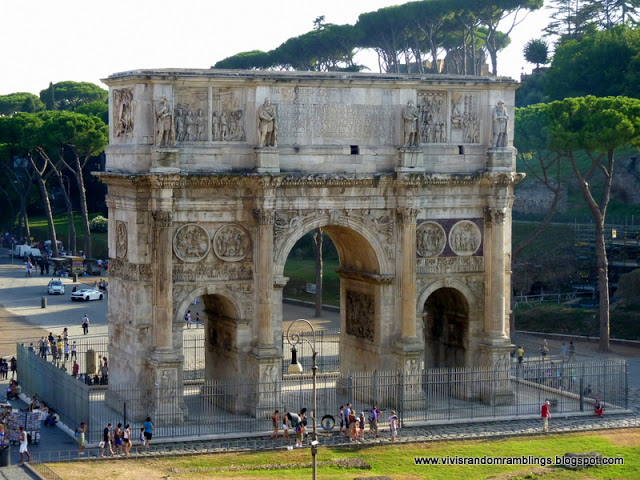 The Roman Coliseum is located in the heart of piazza del Colosseo, right across the B(blue) metro line train station.

The line is always long to go inside the Colosseum, if you’re in a hurry or don’t want to waste time falling in line, book a tour, there are a lot of tour groups that includes tour of the Colosseum.

Opening Schedule:
The Colosseum is open to the public 7 days a week   excluding Christmas Day and New Year’s Day