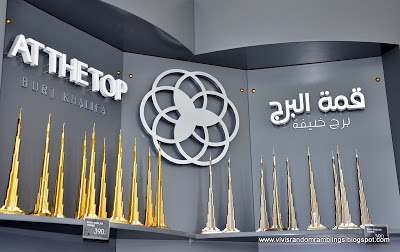 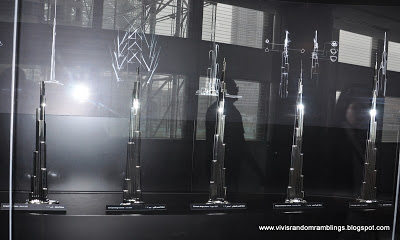 We had a hard time booking for a ticket to go up Burj Khalifa’s Observation Deck so we ended up getting the earliest schedule on our last day in Dubai! Whew!! But it was well worth it..Don’t consider walking in because the walk-in rate is times 4 the regular rate (dated and timed)  which is AED400!! So be sure to book early!! 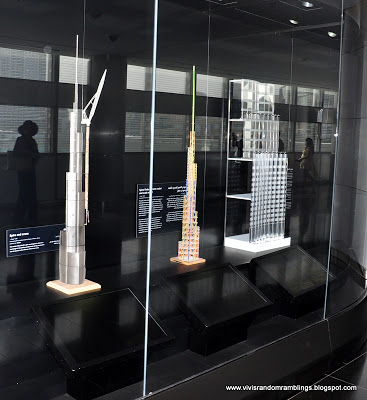 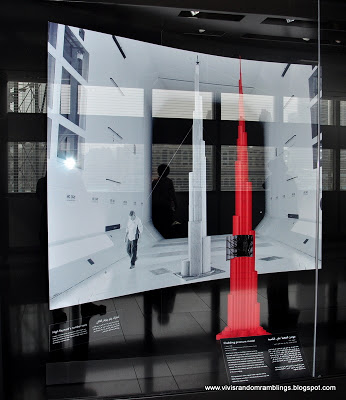 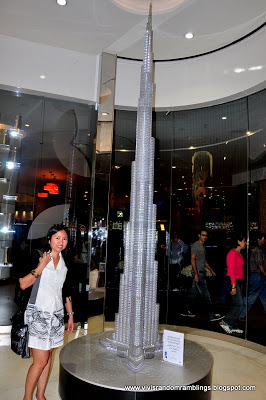 The completion of the building untimely coincided with the global financial crisis of 2007-2010 which resulted to Dubai plunging in huge debts which according to Wikipedia resulted to Dubai seeking funding from oil rich neighbor Abu Dhabi. Due to this, they renamed the building fromBurj Dubai to Burj Khalifa to honor the UAE President Khalifa bin Zayed AL Nahyan for his support.

The Highest Outdoor Viewing Deck in the world(at 124th floor): 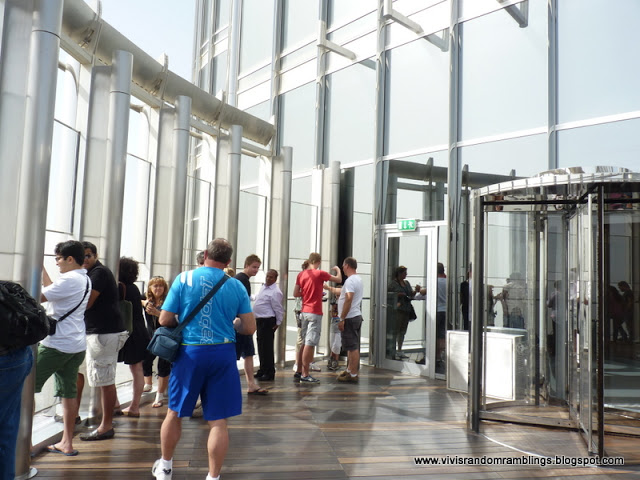 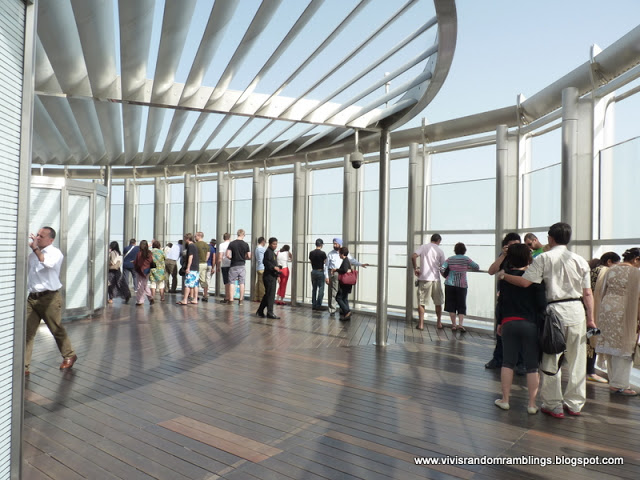 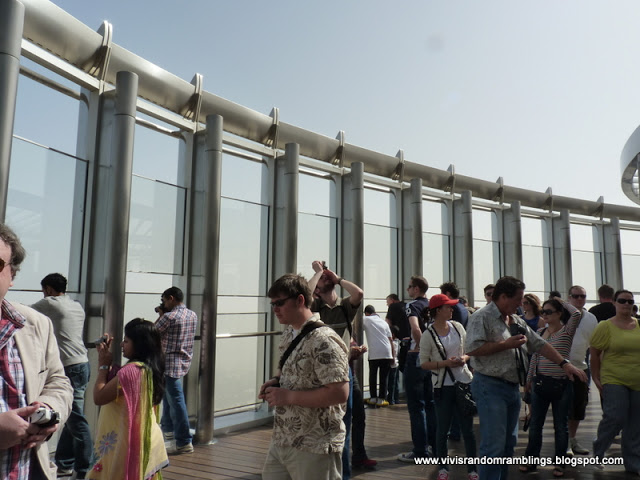 The Amazing view from the Deck (quite disappointed with the fog…): 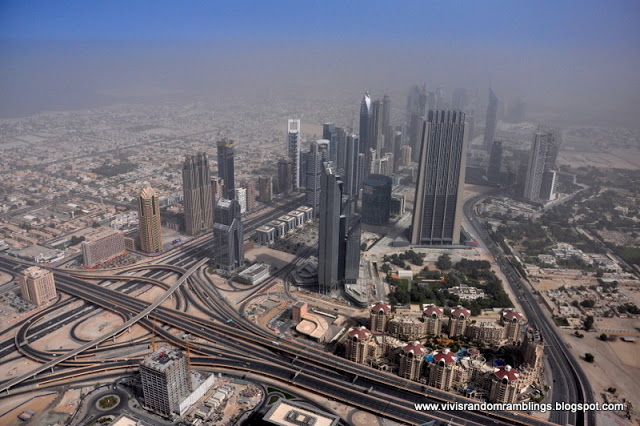 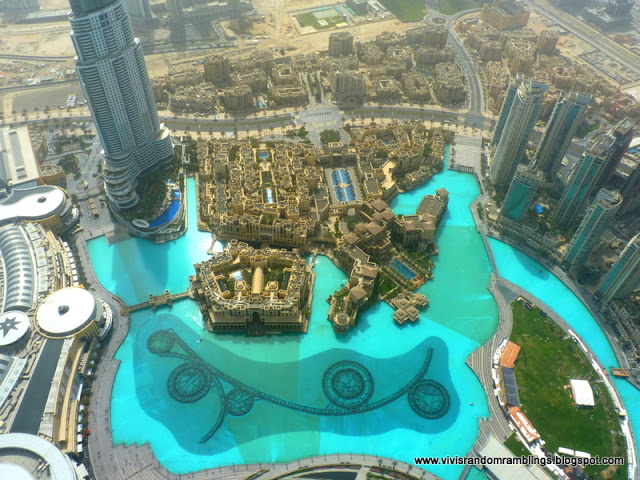 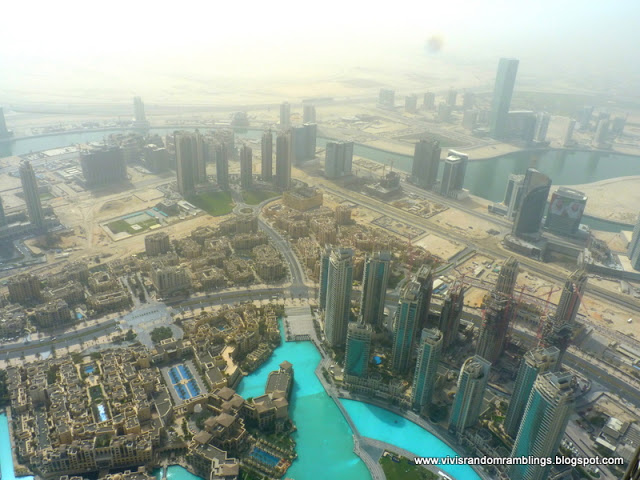 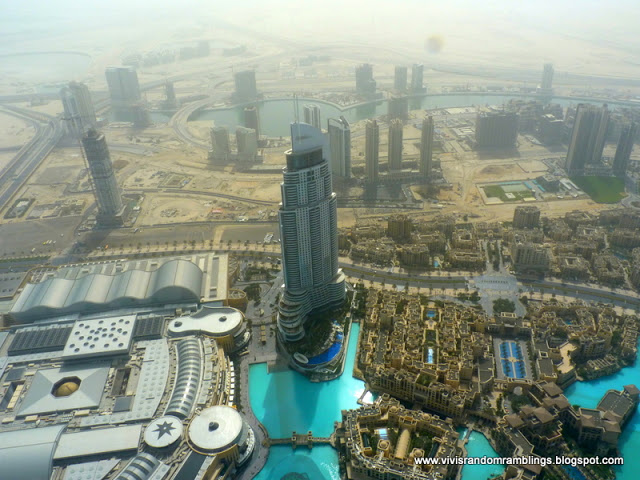 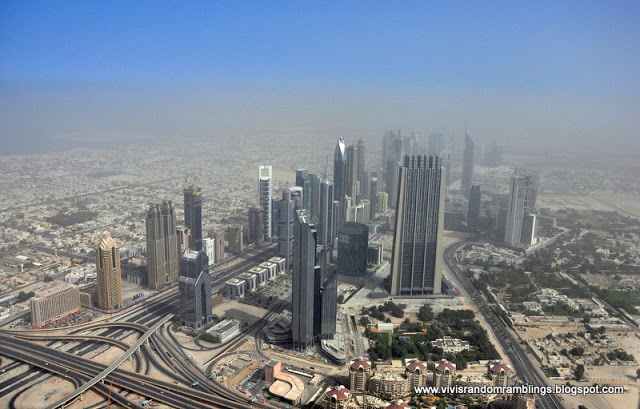 Burj Khalifa Observation Deck
Hours of Operation:
Sundays to Wednesdays   10am to 10 pm
Thursday to Saturdays     10am to midnight