The Vatican City state is sovereign and independent though within the city of Rome. It was recognized as an independent state on February 11, 1929  under three Lateran treaties between the Holy See and Italy after a decade long struggle for Italian unification.

Vatican City State is the world’s smallest state with a land area of only 44 hectares and the smallest population in the world for only 832 as of July 2011. The Vatican City state has its own citizen, flag, own coins and postage stamps.   The head of the state is the Pope who holds full legislative, executive and judicial powers.  Upon the death of the Pope, the College of Cardinals elects his successor.

Vatican is a very popular tourist destination not only for Christians. Famous landmarks include Saint Peter’s Square, Basilica of St. Peter, the Vatican Museums, the Sistine Chapel, Vatican Garden, and Raphael Rooms. 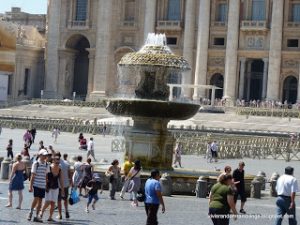 Entrance to St Peter’s Basilica, the church is off limits to tourist. 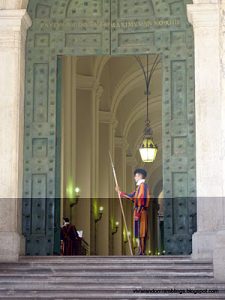 Ancient underground cemetery under St Peter’s Basilica – Popes and Royals lies in this cemetery.  Only limited areas of the underground cemetary is allowed to be photographed. But I vouched that when I reached the tomb of Pope John Paul II it gave me chills!  John Paul II was beatified on May 1, 2011. I was lucky to have visited his tomb before his beatification. It was indeed a memorable experience! 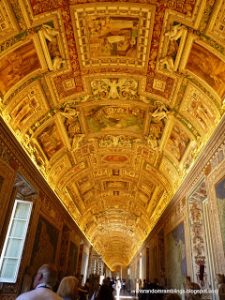 “The Vatican Museums (Italian: Musei Vaticani), in Viale Vaticano in Rome, inside the Vatican City, are among the greatest museums in the world, since they display works from the immense collection built up by the Roman Catholic Church throughout the centuries, including some of the most renowned classical sculptures and most important masterpieces of Renaissance art in the world.” – Wikipedia

The museum is so huge that you will need several hours to tour it, it houses art works collected  by the Popes through the centuries. The Sistine Chapel is also within the Vatican Museum famous for the “The Last Judgement” by Michaelangelo. 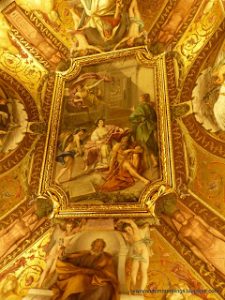 At the main entrance to the museum you will find the glass ceiling and the well photographed bronze balustrade which was sculpted by Antonio Maraini. 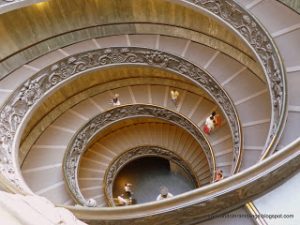 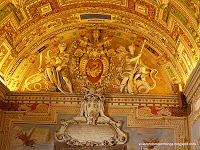 I hope you enjoyed the pictures!! Of course I can’t resist to put my face… Ciao!!!